A Night at the Cathedral is the first of a series of works by Luxmuralis at Lichfield Cathedral. The artwork presented to a small bespoke audience who had previously been treated to a guided walk around the “A City as Sculpture’ exhibition within the Cathedral, by Peter Walker

The project sponsor Tempest Ford and their guests were then treated to a 30min bespoke projection artwork on the Cathedral West front.

Information on public performance of artworks will be revealed in the coming months. 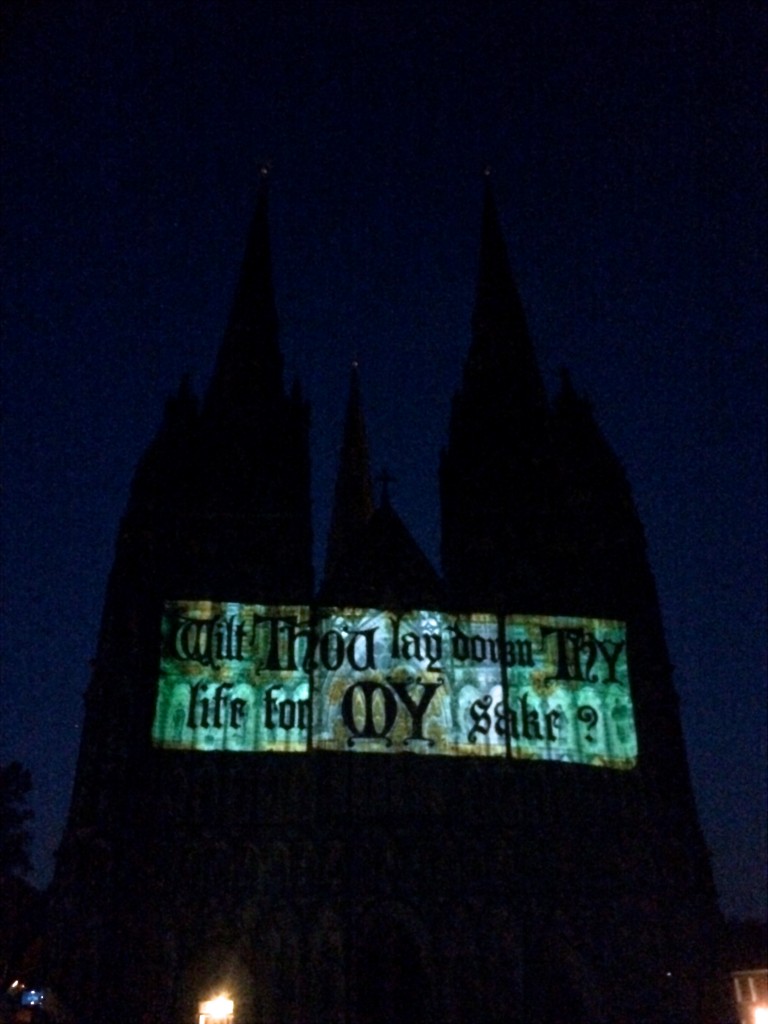 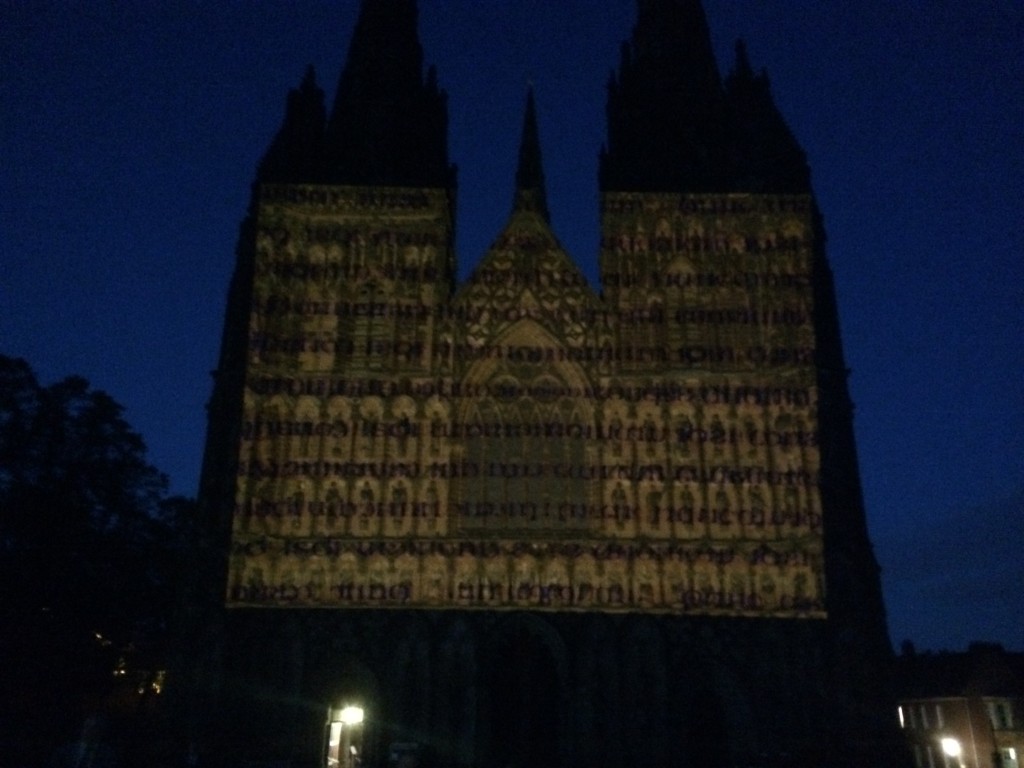 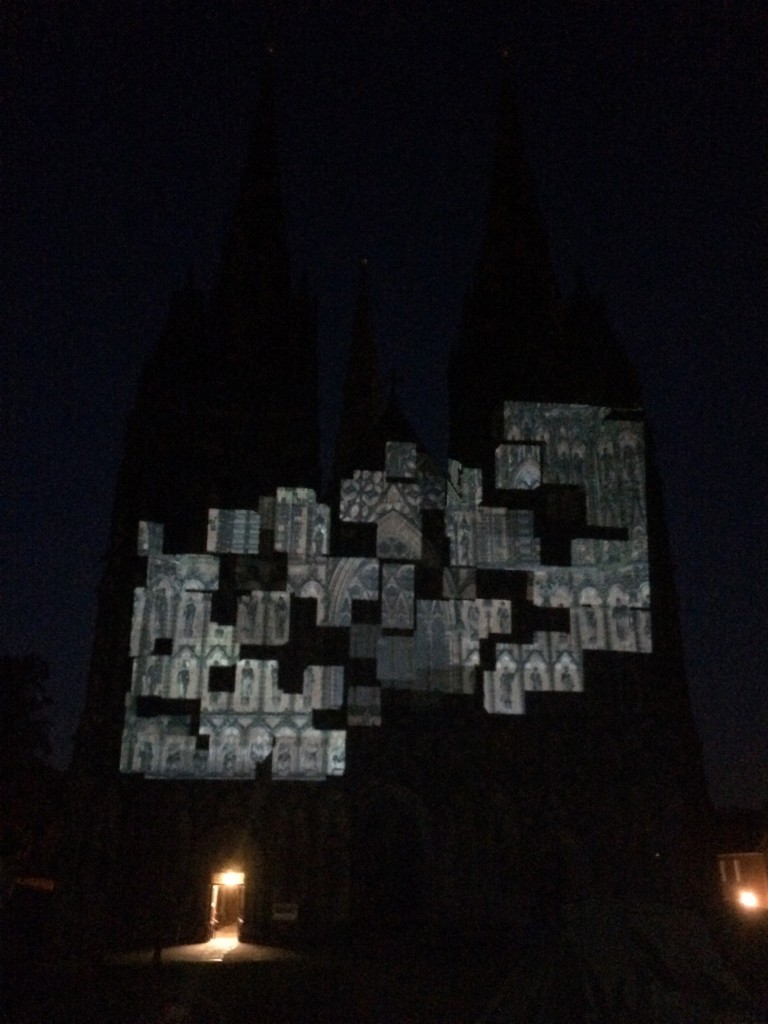 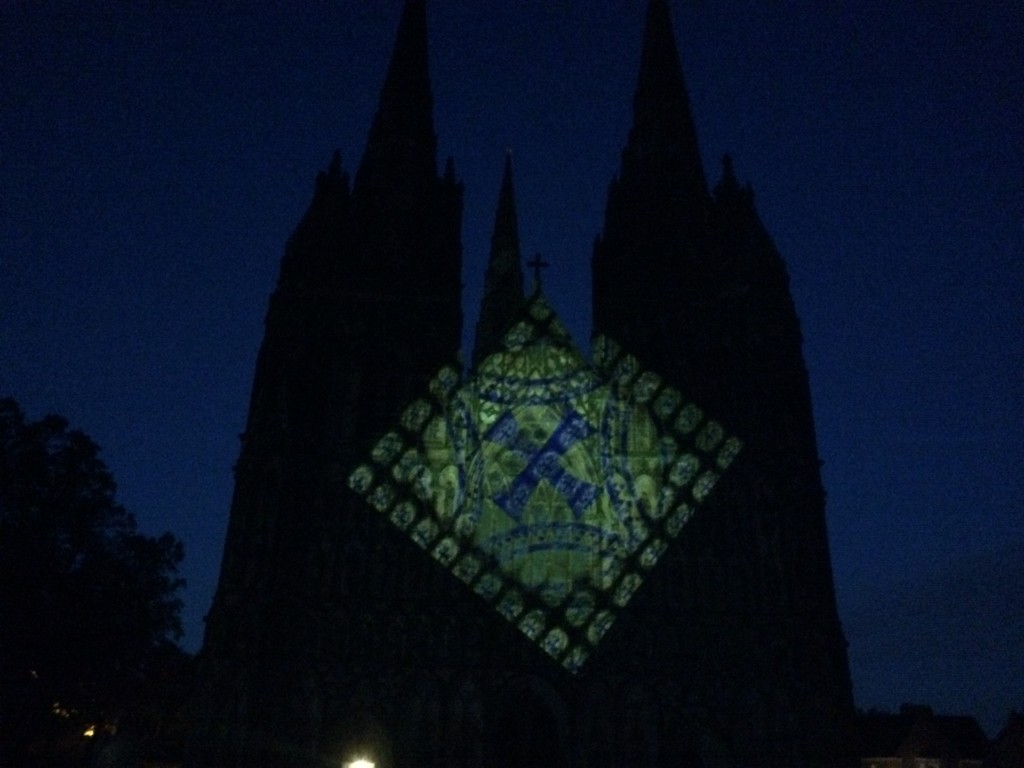